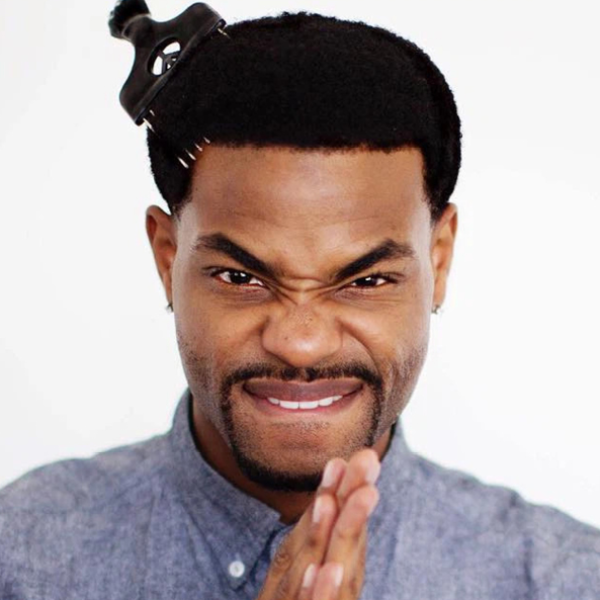 “Andrew "King Bach" Bachelor is an elite comedian/content creator that performs, writes, directs, and produces all of his material, including the YouTube Web series "King Bachelor's Pad."

Though best known for Vine where he amassed over 16 million followers, he has impressively expanded his media reach where young millennials can view his new material via Instagram, Facebook, Snapchat, etc. His stardom has led him to landing a recurring role in House of Lies; the Mindy project; MTVs Wilding Out; A series regular role in Black Jesus, and has been featured in editorials by New York Magazine, Variety, Fast Company, The Daily Beast, and numerous other publications.”

Over the last few years, Andrew Bachelor, better known as “King Bach,” has quickly parlayed from being one of the most influential names on the internet (with a total following of over 60 million fans and growing) to being an in-demand actor, producer, and content creator. Andrew’s hilarious brand of comedy has spawned national catchphrases, captured a global audience, and has launched him into the entertainment industry as a bonafide “one to watch.”

On the film side, in 2020 Andrew starred in Netflix’s comedy film, “Coffee and Kareem” alongside Taraji P. Henson, Ed Helms, and Betty Gilpin, Netflix’s horror film “The Babysitter: Killer Queen” alongside Jenna Ortega, Samara Weaving, and Bella Thorne, the Netflix rom-com, “Holidate” alongside Emma Roberts and Kristin Chenoweth and the Gerard Butler thriller “Greenland.” He recently starred in the Hulu film “Vacation Friends” and can next be seen in STX’s sports drama “National Champions.”

In 2017, Andrew starred and served as an executive producer in Lionsgate’s comedy, “Where’s The Money” opposite Kat Graham, Terry Crews, Retta, Mike Epps, and Method Man. Additional film credits for Andrew include Mike Epps’ “Meet The Blacks,” 50 Shades of Black” alongside Marlon Wayans and a slew of Netflix hit films: “To All the Boys I’ve Loved Before,” “The Babysitter” and “When We First Met.”

Born in Canada and raised in the US, Andrew graduated from Florida State University with a degree in Business in 2010. While attending FSU, he was a high jump star athlete, consistently ranking among the top 15 high jumpers in the NCAA. After graduation he moved to California to pursue one of his greatest passions, a career in acting, taking classes at the New York Film Academy in Los Angeles. Andrew’s ambitious desires led him to establish his own production company, Bach Enterprises where he produced, directed, and performed in several projects including a short film Agent Steele which was featured in NBC’s Dateline in September 2011. Creating content was always one of Andrew’s biggest passions-he got his start producing sketches on YouTube (on his channel Bachelors Pad TV) where his audience grew to over 3 million subscribers. The sketches were costly to produce, so Andrew searched for alternative ways to share content, which led to his discovery of Vine. In a few short years, he rose to be one of the most-followed people on Vine with 15 million subscribers and over 5 billion views. His other social media channels also flourished, with tens of millions of people following his content.

While being an entertainer is Andrew’s passion, he also is very involved with charitable organizations. In 2003, Andrew founded The RuJohn Foundation, which is a non-profit organization with a mission to provide the necessary tools for education to rural and inner-city schools throughout Jamaica and the United States. The foundation also organizes annual youth-focused financial literary workshops, sports camps led by professional athletes, and acting workshops led by successful actors and entertainers.